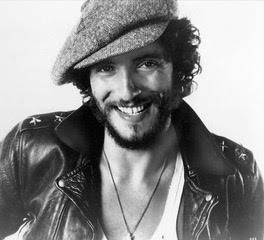 Tipped off, I read the New York Times review by literary superstar Richard Ford of the new memoir, Born to Run, by rock superstar Bruce Springsteen. And I was thrilled to see our company in the mix. Here’s the passage:

“If you want to burn bright, hard and long,” the Boss writes, “you will need to depend upon more than your initial instincts. You will need to develop some craft and a creative intelligence that will lead you farther when things get dicey.” And if that sounds a bit too much like the Gotham Writers’ Workshop, add this: “In the beginning I knew I wanted something more than a solo act and less than a one-man-one-vote democratic band. I’d been there and it didn’t fit me.”

(The quoted parts are Bruce, the rest Richard.)

I like that we’re keeping such high company. And I like that a Pulitzer-Prize-winning curmudgeon like Ford would speak of us respectfully (or at least not un-respectfully).

And I’m glad to see Springsteen talking about craft, because mastery of words and music, like he has, doesn’t just happen by magic.

Years ago, I remember watching an interview with Springsteen. When asked about his process for creating lyrics, he said something like Well, I just try not to sound too stupid. It struck me as overly humble, and perhaps he was just protecting his regular-guy image. We don’t really want to think about The Boss agonizing, Should it be “I wanna lie with you, Wendy,” or “die with you,” or “fly with you?” Should I change Wendy to Sandy?

Take a look at the final lines of Springsteen’s song “Jungleland”:

Outside the street’s on fire

In a real death waltz

Between what’s flesh and what’s fantasy.

And the poets down here

Don’t write nothing at all

They just stand back and let it all be.

And in the quick of the night

They reach for their moment

And try to make an honest stand.

But they wind up wounded

Yeah, you can bet Springsteen spent plenty of time learning his craft. But none of it shows, which is what happens when you have so much control over your craft, it takes a backseat to your storytelling.

I’m reminded of the Ernest Hemingway quote: “It’s none of their business that you have to learn how to write. Let them think you were born that way.”

Sure, wouldn’t you rather be born to run than born to learn craft?