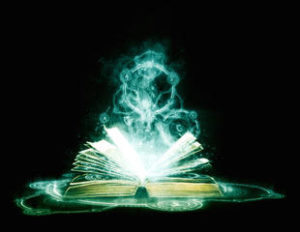 It’s almost unbelievable. A single mother with a baby, living on welfare, suffering from depression, feverishly writes in an Edinburgh coffee shop and produces one of the world’s most loved and lucrative series of books. Harry Potter, of course.

J.K. Rowling’s story is just short of being as fantastical as those stories of wizards and witches living in modern England. (You’ll find as many coffee shops in Edinburgh claiming to be the first home of Harry Potter as there are inns in the U.S. claiming George Washington slept there.)

Could it happen to you? Well, maybe not that dramatically. And we’re very careful not to advertise our classes with slogans like “You too can be a best-selling author!”

All the same, Gotham has helped launch real writing careers for a number of people, like Alys Arden, who signed up for a class as part of a New Year’s resolution and eventually finished a novel, gained a publishing contract, and found a sizable fan base. Here you’ll find this and other Student Success stories.

With or without success, perhaps the most valuable thing our students gain from our classes is the chance to exercise their imagination. Such a powerful quality. Yes, imagination allows us to create stories, but also to conceive bridges, businesses, rockets, recipes, and cope with such daunting tasks as raising kids or braving our darkest days.

I’m reminded of Hamlet’s line: “I could be bounded in a nutshell, and count myself a king of infinite space…”

If you really want to use your imagination, though—to write a story or invent something new—you must tether it to a working knowledge of craft. This allows you to assemble the parts of your dream into something functional and lasting. Harry Potter and his cohorts were powerless until they learned the proper way to cast their spells.

And J.K. Rowling learned to craft plots, characters, descriptions, and an imaginary world so complete we believe it’s real:

He raised the wand above his head, brought it swishing down through the dusty air and a stream of red and gold sparks shot from the end like a firework, throwing dancing spots of light on to the walls. (from Harry Potter and the Sorcerer’s Stone)

Gotham has a veritable wand shop of classes starting soon, where you’ll learn the craft and, hopefully, imagine your way to that infinite space.

Hey, speaking of Harry Potter, if you check out Gotham’s Staff Page, you’ll see to which Hogwarts House each of us belongs. You’ll also get to know a bit about the fine people that make all the Gotham magic possible.