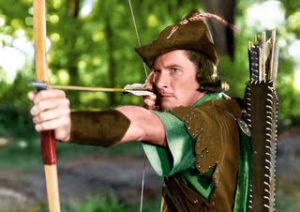 It’s a time for heroes.

Dark clouds have gathered across the land, and we need brave men and women to help vanquish them.

That’s why Gotham’s big contest for the Spring term is our Be a Hero Contest. We invite you to tell the story of a hero in 50 words or fewer. It can be a true story from your own life or from public record, but it can also be a made-up story, even an artful retelling of an existing story.

The winner gets a free Gotham class. And…we will send the winning entry, along with an entreaty to do the right thing, to every single U.S. congressperson—the 100 members of the Senate and the 435 members of the House of Representatives.

It’s a way for all of us in the Gotham family (including you) to use the power of storytelling to move a mountain, or at least mobilize some good people into action.

If you look around a bit, you’ll find heroes everywhere—near and far, big and small. Their stories should be shouted from the rooftops.

Here’s an example of someone I find heroic. He’s a billionaire many times over. The Bible says, “It is easier for a camel to go through the eye of a needle than for a rich person to enter the kingdom of God.” But this guy can do it.

I speak of Warren Buffett, often called the Oracle of Omaha because of his otherworldly skill at making vast sums of money through shrewd investment. His motivation is to be great at what he loves. Not greed. Indeed, he lives quite the modest life. If you were to meet him, you’d think he was a mid-level employee at an insurance company, not the second wealthiest person in the world.

What makes him a hero, though, is the billions of dollars he has given to charity, and his pledge to eventually give away 99% of his wealth, and his urging that other billionaires do the same. A tremendous amount of good is being done around the world because of this folksy fellow.

It’s not so easy telling the story of a hero in 50 words or fewer. Let me give it a shot:

As a boy, he earned money selling gum and delivering newspaper. As a man, he invested his way to staggering wealth. Greatness, not greed drives him. That’s why he’s given billions to charity with billions more to come. Using his lever of power, Warren Buffet is moving the world.

Join our fight. Give us a good story. And let’s all strive to be heroic these days.