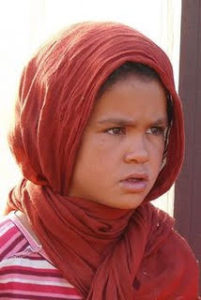 This podcast Missing Richard Simmons has been keeping me company on my walk to work. As you may know, Simmons is an over-the-top fitness guru known for his wildly successful exercise videos, zany talk show appearances, and customary outfit of a tank top and short-shorts. For 30 years he embraced the public eye to the point of greeting sightseeing buses that stopped by his house, but for the past two years he seems to have disappeared.

That’s what the podcast is about. Not so much Where is he?as Why the sudden withdrawal from the world? A psychological mystery.

Simmons is a hero of sorts. He made exercise friendly to very-overweight folks. He genuinely cared about them, “saw” them as people when no one else did, and even stayed personally in touch with many of them, guiding them through the challenges of weight-loss. He saved lives with his compassion.

I’m thinking about heroes these days because of Gotham’s Be a Hero Contest, where we ask for a story of a hero in 50 words or fewer. The winning entry will be sent to every member of Congress along with an entreaty for them to act heroically in this challenging time. (Winner also gets a free class.)

Which reminds me of another unlikely hero…

Recently I attended a panel presentation on the Western Sahara, a country you’ve probably never heard of because it’s been illegally occupied by Morocco for decades, forcing its people to live in refugee camps in Algeria. (I know this only because my wife works on their behalf.)

In truth, the panel made me sleepy, and I expected to doze as the final speaker began, a middle-aged woman with sad eyes. Instead, I wakened as she told mesmerizing stories of her experiences in the Western Sahara.

This was Amy Goodman, an investigative journalist who hosts Democracy Now!, a news program that reports injustice throughout the world. The lady’s fierce as hell. Traveling to trouble spots across the globe, she lives through discomfort, braves danger, and works non-stop to broadcast a show with no corporate influence.

A story she told inspired me to try my hand at a 50-word hero story.

She’s only four. Doesn’t understand that her country’s been stolen, but she sees the soldier shoving her mother. Reaching for mama, she drops her doll, which the soldier steps on while pushing his baton into the back of another protester. She stares into the soldier’s eyes, no tears this time.

We’d love to hear your story for our Hero contest.

And did you know we’ve got a torrent of classes about to start in our Spring Term? Join us, or at least write or call with some questions.