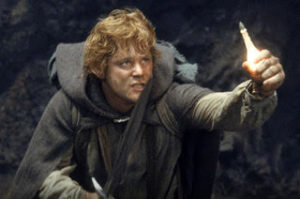 Stories help us get by.

Starting when we’re babies, stories ease us into sleep or soothe away our fears. If, say, a child falls sick, a parent might tell the kid a story about a little boy battling the Evil Mr. Flu, with, the child, of course, winning the day by virtue of his bravery.

Dystopian stories are in favor these days. George Orwell’s 1984 has become a top-selling novel almost 70 years after its publication, with a stage production headed for Broadway. Margaret Atwood’s novel The Handmaid’s Tale is back on the bestseller list, due to its recent debut as a TV mini-series.

1984 shows Winston Smith, a government clerk, rebelling against Big Brother’s Oceania, where language is tightly controlled to limit expressiveness. The Handmaid’s Tale shows Offred, a “handmaid,” rebelling against the Republic of Gilead, where fertile women are forced to bear children for the ruling class since most women are sterile due to pollution.

In the darkest of times, it helps to see these heroes fighting the tyranny and ignorance. Maybe it will help us do the same.

That’s the idea behind Gotham’s Be a Hero Contest, where we ask for a story of a hero in 50 words or fewer. The winning entry will be sent to every member of the U.S. Congress along with an entreaty for them to act heroically in this challenging time. (Winner also gets a free class.)

Here are a few examples from Gotham’s Spring interns:

In his youth, he’d obsessed over building model aircrafts. Now 61, he believes the most exciting machine is a human being. In Syria, he healed, suture by suture, as other doctors took notes. A child wriggling on the operating table, his and so many other lives on the line.

She moved from her fourth house after packing her life in 126 boxes. She closed the door to her second heartbreak and started again with her three daughters at her side. Even though she didn’t have a house, she made sure her daughters had a home.

She’s seventeen, but could pass for twenty-five. The lines on her face have grown darker each night since they’ve arrived. But, she won’t let the planned construction of this pipeline uproot her heritage and deface her ancestral land. She’ll fight until she’s dead; she’ll fight like her ancestors did.

The deadline for the contest is May 29. So get writing your story, and please help us spread the word about this rebellion, uh, I mean contest.

Join us this Wednesday from 1-2PM EST as @sippenator101 talks with @Aaron__Burch, editor of @hobartpulp, and @ninaboutsikaris about the writing and publishing of personal essays!

As always, it's completely free.

If you missed our fantastic conversation about Travel Writing with Cullen Thomas and Amy Gigi Alexander, we have you covered, as always.

Here are the recordings:

Thursday means one thing—Time for another #GWThoughtfulThursday from Gotham President Alex Steele. Have a look: