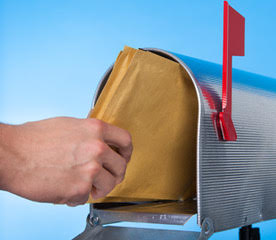 Fall is a special time, writers. There are just so many publications and contests and festivals and fellowships looking for your work. At Poets & Writers magazine right now, they’ve posted more than 75 fiction contests with deadlines between October 15 and the end of the year, and more than 100 for poetry.

While spring is peak time for screenwriters, scores of contests and summer festivals have put out calls for your plays, and film and TV scripts.

What? Why are you looking at your shoes?

I know what you’re going to say (because I’ve said it, too)—you’re not ready, you cannot bear rejection, you’re busy.

C’mon. These are shallow, flimsy reasons. Nearly always, there’s something deeper and darker going on.

Like maybe a “desperation for affirmation” and a “pathological need for control.” That’s what writer Dheepa R. Maturi found when she examined her own excuses. In Brevity magazine, she describes how, instead of actually submitting her work, she spent hours fantasizing about grabbing editors by the shoulders and explaining to them why every line was precious.

She got over that not because she developed humility or a thicker skin. Rather, she finally understood “that despite my plethora of flaws…I was nevertheless worthy of occupying space. To submit … is an offering of one’s own particular concoction of shame and valor and pain and insight to others, as an act of love.”

Kirsten Major, who coordinates the NYC chapter of Women Who Submit — a national organization that brings women writers together once a month to share information and help one another send out their work — says that sometimes, writers don’t fear rejection, they fear acceptance. It’s a trap she herself once fell into.

“I had this idea that submitting my work meant that I was taking my place at the table in the world of published writers,” Kirsten said. “It just seemed overwhelming to join the game.”

And then, she said, there are the writers who see rejection as confirmation that they’re failures.

There are so many psychic hurdles we need to clear.

But, dear writer, I want you to try. Your stories are worthy, and they (and you) deserve to take up space in the world.

If you just can’t hit send, don’t berate yourself. Instead, stop trying to go it alone. Women, look for a Women Who Submit meeting. If you’re not a woman or there’s no meeting nearby, gather your own writing community around you—Gotham classmates, writing acquaintances, friends from book club, your coworker’s cousin’s husband who wrote a novel. Take the leap together.