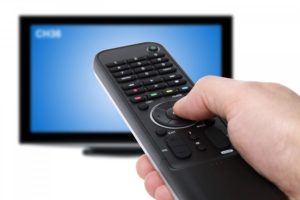 How many times have you tuned in to watch the first episode of a much-touted new TV show, only to say to yourself or anyone who’ll listen:

Yup, many a misstep has made it to the small screen (Quarterlife, anyone?) And leave the writing-inclined among us saying “I could soooooo do that better!”

And with so many more outlets available than ever before – network and cable, streaming and web series, live-action and not – there seems to be more hunger than ever to get into the TV game.

But the great pilots, the truly great ones – The Sopranos, The West Wing, Breaking Bad, Arrested Development, Community – are incredibly hard to write. Not impossible. I mean, it’s been done, right? But so, so hard. You have to establish the world of the show, establish the characters, chart a long-term course, AND tell a mini-story that’s worthy in and of itself.

And you have to do all that while navigating the particular nuances of storytelling for the small screen, from story beats to weaving storylines together to ‘sitcom vs. drama’.

In TV Writing I, you learn the TV ropes by studying the greats and then by trying your hand at a script for one of those great shows that inspire you. You get a handle on this unique storytelling form, and maybe even put some already well-drawn characters into a situation you might put your own characters in down the road.

It’s plenty challenging to write a TV ‘spec’, but a whole lot more doable than jumping into the deep end of a pilot if you’ve never written for television before.

What scenario could you cook up for the characters in This Is Us to wade through? How about the folks in Black-ish? Or Bojack Horseman? Spend some time in one of those wonderful sandboxes. And then go off and create a sandbox of your own.

We’re happy to help at both stages of the game,