Recently, Gotham’s own Elane Johnson gave a lecture called “Don’t Kill Me With Your Words: Writing Dialogue That Doesn’t Suck.”

Which is perfect, because if you want to know what good non-sucky dialogue is, just listen to Elane talk:

“I’m most excited to share how to punctuate your fabulous dialogue properly so that it won’t make agents’ and editors’ eyes bleed because that’s always so messy, and it’s not like it’s YOUR pussy blouse that’s going to get all ruined, now, is it?”

Sure, that quote works because of its speaker’s distinctive, indelible voice. But it also follows her top three rules for good non-sucky dialogue:

Would you like Elane to elaborate? Of course you would.

A lot of writers try to break the rules for formatting, tagging, and punctuating before they really, truly know them. (Gotham’s got several articles on how to do that, which you can find here, here, and here.) Sometimes, people just don’t proofread their work carefully before sending it off.

“Guess what editors look at first when they pull a story out of the slush pile?” Elane says. “That’s right. They look at the dialogue. If the formatting is all wrong, fail! If the story doesn’t have any dialogue, that’s a humongous fail.”

Also a humongous fail? Empty dialogue, the kind that adds zilch to the story. Things like quotes that just repeat each other, or starting scenes with humina-humina like:
“Hi. How are you?”
“Fine. You?”

Or, stating the obvious, like, “It is sunny” or “We are laughing.”

OK, now you’re thinking of exceptions where context rendered empty dialogue poignant or dramatic or hilarious. Again, learn the rules, then break them.

Finally, what, exactly, does Elane mean by don’t write dialogue that treats the reader like an idiot?

There are soooo many ways to insult your readers’ intelligence. In nonfiction, make up quotes that people did not and would never say. In fiction, write dialogue that obviously doesn’t fit the character or doesn’t use contractions. And one of the biggest, (excuse me, most humongous), fails is when your scenes have zero subtext.

“People say the exact opposite of what they mean all the time,” Elane says. “When you pretend they don’t, it’s insulting to your reader. Give your readers some credit. They are not dumb.”

Dialogue is really crafted in revision: Reading it aloud over and over, tweaking it, considering your reader and her pristine pussy blouse—all while heeding Elane’s sage words:

“Nobody ever—it’s not physically possible, people!—‘coughs a word out.’ ”
What she said.

One Reply to “Authentic Dialogue” 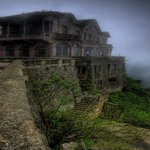