What’s better? A peanut butter and jelly sandwich or risotto with sausage.

Neither, they’re both divine.

Darn, I know we’re supposed to have winners. After all ‘tis the season for winning, what with the Super Bowl this past Sunday and the Oscars this coming Sunday.

Everybody wants to win something, in life and stories. So give your leading characters something they want to win. Might be finding the buried treasure or reconciliation with a long lost friend.

If you don’t mind a somewhat bleak black-and-white movie, Nebraska (written by Bob Nelson) is worth viewing. Woody is an old geezer, not very talkative or nice, just kind of hanging on mentally and physically. He wants to travel from his home in Billings, Montana to Lincoln, Nebraska, because he has a certificate from an office there claiming he’s won a million dollars in a sweepstakes. His son tries to persuade Woody that it’s a scam to get gullible people to buy magazine subscriptions, but Woody is determined to go to Lincoln even if he has to walk there alone.

So the son takes Woody, mostly as a way to spend time with a dad he never could get close to.

Woody gives a few reasons why he wants the million, but really he just needs a win. He’s drifted through life drinking too much and not giving much affection to anyone. Now, in his waning years, he wants that one win, defying all reason and even escaping a hospital to hit the road.

Always ask yourself: What do your characters need to win? What will they do to get it? What will happen if they fail to get it? That’s the core of your story.

I remember when my grade school, as part of the annual carnival, was raffling off tickets to win a little black-and-white TV. It was a magnificent prize. No kid in grade school back then had their own TV (this is before we watched stuff on computers and phones). The TV sat in the entrance of the school for a few weeks, taunting every student with its antenna and gleaming glass screen.

I bought just one or two tickets, less than many people. I dreamt of winning, but didn’t expect to. Wasn’t special enough for such good fortune.

The night of the carnival, near the end, the principal announced the winner on a loudspeaker. I was off somewhere, didn’t even hear the announcement. My friend Brian Prentice found me in a hallway and shouted, “You won!” I didn’t believe him. But, sure enough, I did win.

Ever since, I’ve always felt just a little bit like a winner.

Now and then, we all need some kind of a win.

It's #GWTalkbackTuesday and we want to hear from you! Your question of the day:

What fictional character would you most like to be stuck in quarantine with? 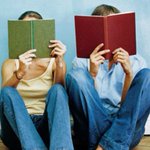 If you still want to be a part of a writing community while being stuck at home, check out our Online and Zoom classes available to writers of all levels. More info and options here: https://www.writingclasses.com/classes/video 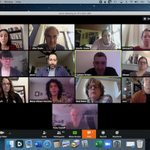 "The way to respect your life is to explore every corner of it." 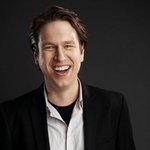