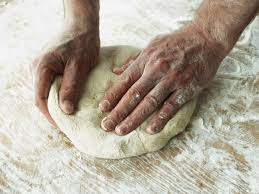 Maybe you heard about how writers like Isaac Newton and Ernest Hemingway and Boccaccio were super productive when they lived under quarantine.

Maybe you heard that Shakespeare allegedly wrote King Lear while quarantined during an outbreak of the bubonic plague.

Maybe you read one of the millions of listicles called Five Ways To Get Your Writing Done Under Lockdown.

This is definitely, not maybe, a perfect recipe for a case of the creativity-killing Shoulds. You know: “I really should write first thing in the morning,” or “I’m home 24/7 now, so I should get some writing done.”  Here’s the problem with The Shoulds. They look like motivation, but in reality, they’re guilt-producing tumors that kill more productivity than they inspire.

We are living through an active, ongoing disaster. The only thing you should do is take care of your loved ones, and yourself. When it comes to your writing, you’ll thrive more if you let your mind do whatever it needs to do to cope.

I lived in New York City on and after September 11th, and throughout the sad, surreal early months of the recovery, the weirdest thing happened to my brain. Where once I constantly read both fiction and nonfiction, suddenly, I couldn’t retain a single word of any novel. After trying to force it for a few weeks, I opened a narrative nonfiction book and consumed it like ice water after eating a whole can of Pringles. (That happened.)

Also, I struggled to write essays, though before, I worked on them every day. Again, I tried to force it—I should I should I should—to no avail. Then, one day, I started playing around with fiction I’d written as homework for my first Gotham class, and finally, the words flowed.

My stories were terrible, I’d never submit them, and that knowledge was a huge relief. It allowed me to start composing again, and escape the stress and sadness of the city at that time. Slowly, word after word, my brain restored itself, and eventually I read novels and wrote essays and felt like myself again.

Maybe you heard that recently the grocery stores ran out of yeast. I’m taking that as a good sign—people are channeling their creative impulses into crusty loaves of bread and gooey cinnamon rolls.

When you shut down The Shoulds and let your creativity express itself in whatever form your mind needs, that’s when healing begins.

Take care of yourselves, writers. It’s the way the words will come back to you.