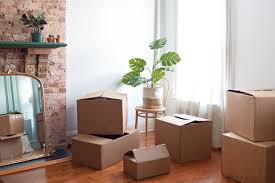 In his classic essay “Notes of a Native Son,” James Baldwin remembers the day in August 1943 when his family buried his father, the morning after Night 1 of a historic two-night riot in Baldwin’s home neighborhood of Harlem. The destruction was epic—“a wilderness of smashed plate glass.” And so was Baldwin’s grief.

His father “had lived and died in an intolerable bitterness of spirit and it frightened me, as we drove him to the graveyard through those unquiet, ruined streets, to see how powerful and overwhelming this bitterness could be, and to realize that this bitterness now was mine…I saw that this…would be an awful thing for me to live with and that the bitterness which had helped to kill my father could also kill me.”

As crucial a moment as this was for Baldwin, both personally and as a writer, he did not write about it for 12 years.

Baldwin provides a powerful example of what my memoir students and I often refer to as “unpacking.” Writers take a single, vivid, powerful moment, and examine it from multiple angles, “unpacking” memories, histories, descriptions, reflections, anything that could deepen the reader’s understanding of the true meaning of the moment.

This is the advantage of “writing from the scar, rather than the wound.” (Last month, I wrote about the advantages of writing while the wounds are still fresh— it’s not either/or, it’s when/and.) Because unpacking often requires time, and distance.

Time also allows you to solve puzzles, to unravel why unlikely images, snippets of conversation, or random facts stick with you. Baldwin unpacks one such detail in his essay. In the days before the riots, as Harlem seethed with anger, one incident stuck with him:

“Perhaps the most revealing news item, out of the steady parade of reports of muggings, stabbings, shootings, assaults, gang wars, and accusations of police brutality, is the item concerning six Negro girls who set upon a white girl in the subway because…she was stepping on their toes. Indeed she was, all over the nation.”

Why do you keep thinking about the dog you saw that day, or the shoes you wore, or a one-paragraph news item? With hindsight, you can dig out all the reasons those flashes have lingered so stubbornly. Once unpacked, your answers become reflection that you can use to guide your reader to a deeper understanding of the moment, and of the story you tell about it.

Last month, I suggested a writing exercise to capture meaningful observations in a present moment. Now, let’s dig around the edges of something that happened in the before-times, something stubborn that you can’t let go of. I’ve got an exercise for that, too, here.