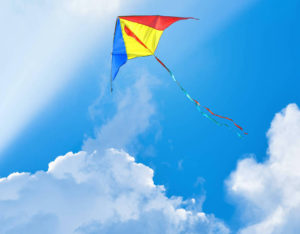 Only one fictional character has been given an obituary in the New York Times, on the front page no less. Can you guess whom?

Hercule Poirot, the brilliant Belgian detective invented by Agatha Christie. The obituary appeared after the posthumous release of Curtain, a novel in which Poirot dies. Poirot, of course, lives on through his many stories, but perhaps real people who have passed can live on too.

It’s been over a year since the Angel of Death brought a plague to our planet, claiming over two and half million souls, along with people dying in the usual ways, as happens every year. We all have people we’re missing.

But I believe what the novelist George Eliot (pen name for Mary Ann Evans) wrote: Our dead are never dead to us, until we have forgotten them.

Seems to me, you can keep someone alive (in some sense) as long as you remember their presence. A great way to do this is to tell stories about them, perhaps write a few. You might even model a character after one of them in a made-up story. Use them any way you like. I’m guessing they’d rather be depicted honestly, even roughly, than forgotten altogether.

I wrote about one such person here, someone I didn’t like that much. And sometimes when I find myself missing my parents, both gone, I recall the time we visited the Holocaust Memorial Museum in DC. Yes, it was a terribly moving experience, but my dad said something inadvertently loud and unintentionally funny that sent my mom and me into uncontrollable giggles, which caused many stares in that somber setting.

Also, I remember something I saw one summer weekend on the Connecticut shore. A man of middle age with graying hair sat alone on a rock facing the sea. He held a kite that flew in the breeze high above him. I don’t know how long he stayed there, but he arrived before me and left after, so I suspect it was a long time.

I’ll never know for sure, but I sensed he was mourning a child that he lost, and this was his way of spending time with that child. Perhaps he and the child used to fly a kite at the edge of that very water.

It’s an image I’ll never forget, and it depicts what I’m trying to say here.

Meanwhile, let’s go seize every moment of this life we’re living, making memories for ourselves in the now, because—despite all the storms and doldrums—it truly is interesting around here.