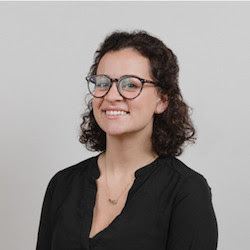 When I tell people where I work, they sometimes ask, “Have any famous writers come out of your school?” It’s a natural question. Most of us like fame and these people may not know (or care) to ask a more targeted question like, “Does your school have a view on the Oxford comma?”

Yes, in fact, some famous writers have attended Gotham classes, but life would be awfully dull if we limited ourselves to fame. Instead, let me point you toward some fascinating stories about (not-so-famous) Gotham students and their treks toward publication, which we collect here: Student Success.

In this week’s newsletter, we meet Sharon Kim Soldati. She took some Gotham classes while living in NYC, then shifted to online classes when her family moved to Switzerland. While in a Memoir II class, this happened:

I started seeing articles about the rise of anti-Asian hate crimes filling my Asian American newsfeed and felt compelled to write about it. I revamped my essay. This time I was back in a class with Elizabeth Cohen, so I sent it to her.

“You’re on to something,” she answered, “but this needs to go out ASAP. It is not an evergreen.”

Two days later, Sharon’s essay appeared in the Los Angeles Times, then other newspapers picked it up from the newswire, then people were posting links to it on social media.

Now let’s head over to Sweden where we meet Per Holmlöv:

You keep a logbook when sailing in order to know your position. During long watches on the North Sea, I began journaling and dreaming about writing a book. I had read lots of sailing stories from Homer’s Ulyssesto Bill Tillman’s many adventure tales. Did I dare to write my own? Yes. I took a course in Travel Writing with Gotham Writers during the next winter.

Over time, he published five books and is at work on a sixth, planning to publish it soon after he turns 80.

The prompt was something simple, like “Grand Central Station” and I ended up writing a self-deprecating poem about being late and never early. When it came to sharing, I held back because I was angry with myself for being late.

Thankfully, the instructor had another prompt, “time after time.” Its vagueness launched me into full-blown writing mode and alas my public writer’s block lifted. I left the session feeling inspired and excited about writing again.

Which leads to a charmingly circular journey about Andrea’s quest to publish an essay about her family’s obsession with donuts.