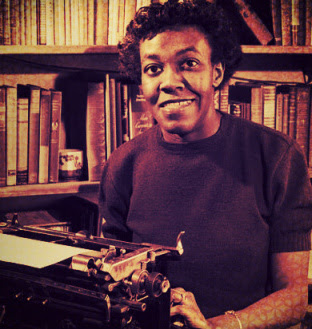 That moment of mutual recognition is the brass ring for any writer. And I could go on at length about the many ways we might achieve it.

But instead, let’s just look at “We Real Cool” by Gwendolyn Brooks:

The Pool Players.
Seven at the Golden Shovel.

We real cool. We

Brooks—Pulitzer Prize winner and civil rights activist—once said the best thing for her writing process was observing “life in the raw all around me.” But she did more than just take notes.

She speculated without judgment. Brooks said she wrote “We Real Cool” after “passing by a pool hall in my community one afternoon during school time, and I saw a little bunch of boys…and they were shooting pool. Instead of asking myself, ‘Why aren’t they in school?’ I asked myself, ‘I wonder how they feel about themselves?’”

And she also looked for the “public clamor” in the “private suffusion”—the ways our actions reveal our hearts. See how effectively, and more critically, she does this in “Riot:”

John Cabot, out of Wilma, once a Wycliffe,

all whitebluerose below his golden hair,

almost forgot Grandtully (which is The

Best Thing That Ever Happened To Scotch); almost

forgot the sculpture at the Richard Gray

and Distelheim; the kidney pie at Maxim’s,

the Grenadine de Boeuf at Maison Henri.
Because the Negroes were coming down the street.

To celebrate Brooks’ 104th birthday this month, treat yourself to watching this fabulous animated video of “We Real Cool,” which re-creates the moment that inspired the poem, as Brooks herself reads it.

The ending is the perfect tribute to Brooks. As the pool players leave the Golden Shovel, they walk right by her, but don’t notice her. Except for the last boy, the smallest. He stops, turns, and gazes at her. Brooks lifts her glasses, and meets his eyes, and they stand there together for a moment, each one seeing the other.