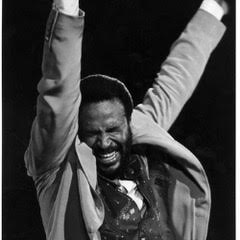 Last week, a Los Angeles jury threw the creative world into a tizzy. It ruled that Pharrell Williams and Robin Thicke did not merely admire and emulate Marvin Gaye when they wrote their hit song “Blurred Lines;” it said they copied Gaye’s classic “Got to Give It Up,” violating copyright law. And it ordered them to pay Gaye’s estate $7.4 million.

Williams called the verdict a “horrible precedent for music and for creativity.” A writer for BET said “inspiration can now cost you millions.” And a writer for the Washington Post said that because music is “a dialogue between generations where the aesthetic inheritance gets handed down,” the verdict could send all future musical composition “crashing into judicial oblivion.” (If you’re coming late to the story or wondering what the fuss is about, read this.)

You might find yourself thinking, “Wait a minute—I was inspired to write by [insert favorite writer/composer/artist here]!” In which case you might also be hyperventilating and reaching for a paper bag.

Let me stop you before you need medical intervention—inspiration is not dead.

Copyright law has long acknowledged the role inspiration plays in creation. That’s why, to be guilty of copyright infringement, you’ve got to do a lot more than write something that just sorta-kinda resembles something else. Think of the songs with similar sounds—or the novels with similar themes, or that summer Hollywood released two blockbuster movies about giant asteroids streaking toward Earth.

No, for someone to have violated copyright, the similarities must be what the courts call “probative,” which you can read more about here, but for now let’s just call it legal-ese for “substantial.” Plus, you’ve also got to prove the writers of the derivative work actually copied it—that they read the screenplay and copied down the dialogue, or bought the sheet music and transcribed the notes.

What’s more, the law says sometimes it’s okay to copy—to quote from other works, or to recycle them in parody. Think of the satirical songs of Weird Al Yankovic, or the hundreds of musicians who have sampled the songs of their heroes, including Pharrell Williams.

The law created these exceptions for a reason—inspiration is embedded in creativity’s DNA. Nothing is ever 100 percent original. All writing is inspired by something—by a conversation overheard at a party, a “what if” you chewed on after reading some juicy gossip, a scientific discovery, and yes, sometimes, by a song written by your hero.

The “Blurred Lines” verdict cannot change this. It’s a truth of writing so essential that the writer T.S. Eliot summed it up for us long ago: “Good writers borrow; great writers steal.”