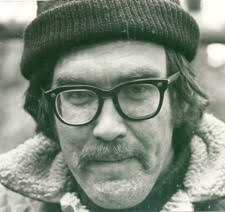 They’re probably not going to start inscribing it on Pulitzer letters anytime soon; still, those words are among the highest praise a writer could receive, especially when spoken by Stan Abbott.

After a long career as a writer, editor, and teacher, Stan died earlier this month in Michigan, at the age of 73. (Full disclosure: I was one of his students.) He was a low-profile kind of guy, so you may not have heard of him, though he wrote for Newsweek, Sports Illustrated, and was executive editor of the Anchorage Daily News when it won its first Pulitzer Prize.

In rough-and-tumble Alaska newsrooms and classrooms in Taipei, with a low voice and sly wit, Stan urged his writers to push further, to dig deeper, sometimes into public records, sometimes within themselves. But more than anything else, he taught tenacity.

Some editors and teachers counsel tenacity as a grit-your-teeth-keep-plodding necessary evil. When Stan counseled tenacity, he was shoring up your faith, in your story and in yourself. He never said, “keep trying,” without adding, “you’ll get it.” He was sure of it, and then, eventually, so were you.

It’s fitting that Stan’s family has asked for memorial donations to be sent to Investigative Reporters and Editors—a nonprofit that promotes and assists journalists with long-form research projects—with tenacity entwined in its DNA. In its first year, when an investigative journalist in Phoenix was murdered by a car bomb, IRE members went to Arizona and finished his story.

It’s one last reminder from a great teacher, and one I hope you’ll remember the next time you’re reeling from yet another setback: Not even a car bomb should stop the story. If it needs to be told, it will be. And sometimes you’re the one who gets to tell it.

RIP, Stan. And thank you.