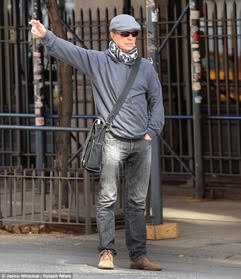 If I may, I’d like to salute two former Gotham teachers who won big-time awards recently.

A few weeks ago, Matt de la Peña won the Newbery Medal, the highest award for the writing of an American children’s book, for his picture book Last Stop on Market Street.

A few months ago, Marlon James won the Man Booker Prize, perhaps, the most prestigious award for a novel written in the English language, for his novel A Brief History of Seven Killings.

How do you achieve these heights? Sorry, there’s no secret formula for great success as a writer, but perhaps we can learn something from these two guys.

Marlon is probably the most well-read person I’ve ever met. Every week when he came to teach, I’d ask his advice on what to read, and he’d give me a very opinionated response that showcased his immense knowledge of literature, from classic to up-to-the minute. (His knowledge of music is equally impressive, and, indeed, his award winning novel is about an assassination attempt on Bob Marley.)

Matt is one of the most open-hearted people I’ve ever met. When he was starting to catch on as a popular YA author, I asked if his success would get the better of him. He shook his head and told me about a lonely kid he saw on a bus, wearing headphones, closed in on himself. He said he was writing for kids like that, and I’m sure he meant it. (He mostly writes about outsider kids, and, interestingly, his award-winning book is about a kid on a bus.)

Both Marlon and Matt trod rocky roads to becoming a writer, but soldiered on, using their unlikely journeys to create an original voice and vision for their work, as you can see here (Marlon) and here(Matt).

Gotham doesn’t seek famous teachers (and these guys weren’t famous while teaching with us), but rather accomplished writers who know their stuff and are expert/enthusiastic about teaching our students. This was true with Marlon and Matt, but it’s true of all our teachers, each a teaching “star” in his or her own right.

A few years ago, another former Gotham teacher, Tracy K. Smith, won the Pulitzer Prize in Poetry for her poetry collection Life On Mars. I mention this not just because I like bragging about Gotham teachers, but because the poems were inspired by another staggeringly original artist, the recently departed David Bowie.

If you’re feeling the sting of that loss, you may find wonder and solace in Tracy’s poem: