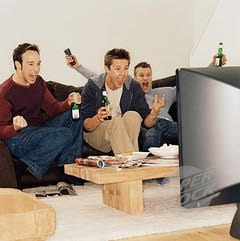 Shortly after the Super Bowl, I read a fascinating essay that said, if all of the commercials broadcast during the game act as a snapshot of the American psyche, this year’s crop says we’re a nation of emotionless commitment-phobes, kinda chauvinistic, and having trouble pooping.

Interesting take. I’m not sure I agree with it.

It did get me thinking, though, about what we can deduce from the massive creative effort that propels our annual advertising juggernaut. For me, it’s this: People who get paid millions of dollars to create and write ads watched by millions of viewers make the same mistakes all writers make, regardless of their experience or earning power.

Here are two cautionary lessons, from this year’s biggest clunkers:

Like the Terminator, or Biff Tannen, Liam Neeson materialized in one spot as though from the future, carrying an urgent message for his younger self. But I have no idea what that urgent message is, exactly. Something about “protecting” the future because it “belongs to us.” With motorcycles and TVs.

Say what you will about The Terminator and Back to the Future II, in those films, the time travelers—and their audiences—clearly understood their goals.

Quicken Loans was another major offender. Get our mobile app! Buy a house with your phone! And a blender! So more phones! More blenders! Because, America!

Look, I’ve been there: So in love with an idea, or a clever opening, that I’m loath to let go, no matter how convoluted my story gets. But, if you’re twisting yourself into knots trying to preserve your brilliance, it’s probably not so brilliant.

This ad got the most replays on YouTube. It blew up on social media. Hardly an article about Super Bowl commercials fails to mention it. It’s everywhere.

Downside? It’s on almost every “Worst-Of” list. The words most associated with it are “Weird,” “Eeewww,” and “Kill it with fire!” Wired magazine asked, “Did it make anyone want to drink anything besides arsenic?”

People will remember it, for sure, and they’ll be a little skeeved out.

Many observers believe that’s exactly what the creators aimed for, and they’re OK if victory comes with a side of nausea. Which would mean that the night’s creepiest ad is also its most successful.

Keep sight of your intent—it’s how you know whether a risk (like repelling your audience) is worth it, and whether your story, ultimately, works.