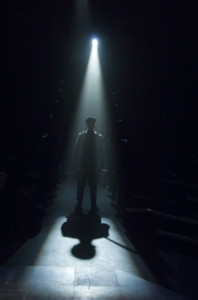 In a funny coincidence, I spoke last month at the HippoCamp Creative Nonfiction conference, and both another speaker and myself accidentally quoted the exact same passage from the exact same book.

It’s easier than you think to write something and not know what it says. One way is to assume that the subject of a sentence is automatically its star.

This is not necessarily true.

Take this sentence from former Undersecretary of State Wendy R. Sherman’s memoir Not for the Faint of Heart, about negotiating the United States’ nuclear deal with Iran.

When six months passed without a conclusion, both sides still held out enough hope that we continued through two more extensions, despite testy disavowals from Tehran and Washington, multiple crises of confidence, raised voices, and, in an unprecedented and completely accidental lapse of diplomatic protocol, a pen sent flying across the table, striking the Iranian lead negotiator.

The subject is both sides, but the star? It’s that final clause, when several high-octane moments spill out in one long stream.

That clause steals the spotlight partly because of its length, each new piece re-creating the rapidly escalating conflict.

And it’s also the ending. When you want something in your story to stand out, put it the end of a sentence, paragraph, chapter, or the story. You are an Olympic gymnast, and your sentence is the vault— you want to stick your landing.

When you use emotionally laden words for lesser moments, or when not-very-significant bits get to stick the landing, that’s how your intent gets buried.

Speaking of buried, look again at that gold-medal clause:

…in an unprecedented and completely accidental lapse of diplomatic protocol, a pen sent flying across the table, striking the Iranian lead negotiator.

Did you catch the passive voice? The pen is sent flying; Sherman does not say by whom.

Who threw it?! Was it Sherman herself? Was it another Iranian? Was it the French? I’m dying to know.

But Sherman uses structure and word choice to steer our gaze away from the juicy gossip and toward the pen, sailing across the table and smacking Iran’s lead negotiator. The writer — a career diplomat, after all—protects the pen-flinger’s dignity, training our eye instead on the negotiations. You’ve got to admit—it’s elegant.

OK, your turn. I’ve made you a worksheet. Take a moment and try it out, and see, star-maker, where you actually pointed your spotlight.

For writers, a leap year means one thing: one extra day to submit to the Stella Kupferberg Memorial Short Story Prize, judged by @nicolesjchung! With incredible prizes from @ElectricLit, @SelectedShorts, & @gothamwriters, there's no reason not to enter: https://bit.ly/31DyE8x

🗣CALL FOR SUBMISSIONS🗣 The @SelectedShorts writing contest is on now! Send your best tale to judge @nicolesjchung for a chance to hear your story read live at Shorts, published on @ElectricLit, and to win $1,000 + a writing course w/ @gothamwriters: https://bit.ly/31DyE8x

750 words could get you published on @ElectricLit, read aloud at @SelectedShorts, and earn you $1,000 + a writing course at @gothamwriters! What’s better than that?! Enter to win the Stella Kupferberg Memorial Short Story Prize, judged by @nicolesjchung: https://bit.ly/31DyE8x