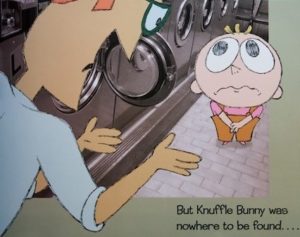 Last month I wrote about winning, how it applies to life and stories. But now let’s talk about the flip side of winning: losing. Perhaps it’s more important because most (all?) of us spend more time losing at things than winning.

One of my favorite stories about losing is the film The Cooler. The protagonist is Unlucky Bernie Lootz, and he’s as sad as the name sounds. A real nowhere man. He works as a “cooler” in a casino, which means he’s so unlucky he infects everyone around with him bad luck, so he is paid to wander the casino floor making those around him lose their money.

It’s a fable, because he really does “cool” the luck in the room, and when he starts up a romance, he feels better about himself, and then—he starts spreading good luck to those around him, which, of course, the casino isn’t happy about.

Here’s the thing about losing. There’s the act of losing, then there’s resigning yourself to being a loser. An important distinction.

In your stories, show your characters losing. Make Atticus Finch lose the court case. Make the girl with the dragon tattoo lose the guy she loves. Make Trixie lose Knuffle Bunny. We love underdogs and we appreciate their pain, because we’ve all been there. But don’t rob your characters of their fight, which keeps us rooting for them, whether they ever get anywhere or not.

Losing is also a valuable part of the writing process.

When you’re creating something, it’s bound to be bad at first. You fight to make it better. Maybe you can never make it shine. So you move on to something else and let the wrestling commence again. The good writers aren’t the ones with god-given talent. They’re the ones who fight through all the bad drafts until they have one that’s not so bad.

And you’ll almost certainly encounter losing when you’re trying to get your work published or produced. John Grisham’s first novel, A Time to Kill, hit about 45 rejections before publication. Grisham didn’t give up, obviously. Neither should you.

In my writing career, I racked up lots of losses. And I didn’t always lose graciously. I recall some deep funks, bouts of denial, and that one time I demolished a plastic trashcan in anger. But I stuck around and even learned from those losses—it’s really great if you can do that, btw.

In that vein, Gotham teacher Kim Liao wrote two articles about the “beauty” of rejection, which you can read here and here.

Finally, think about what C.S. Lewis said: “Failures, repeated failures, are finger posts on the road to achievement.”