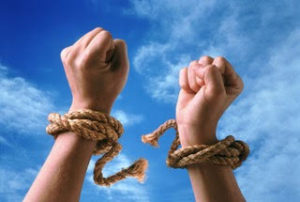 It’s either the end of civilization, or a great day for the English Language, depending on who you ask. Last week, the Washington Post officially revised its style guide to allow writers to use the word “they” as a singular pronoun.

But for a long time, editors, publishers, and grammar guides and stylebook (including Gotham’s own Grammar course), have asked writers to avoid using “they” as a singular pronoun. No one’s advocated to use the cumbersome “he or she,” nor is anyone eager to return to the era when everyone used “he” and pretended it referred to the entire human race equally.

Instead, we’ve been urged to write around the problem, to use plural nouns when possible. But that can be just as awkward as using “he or she.” The magazine Mental Floss offered this great example: “What do you do if you run into a friend on their birthday? You wish them a happy birthday, of course!” Do you really want to substitute “his or her” and “him and her” there? No.

This mandate to write around the rule boxed writers in, and this is a key signal that a rule is outdated, that we’re clinging to it for the sake of following a rule. It’s also a sign that our ever evolving language has considered a change, accepted it, and moved on, but we have not.

For all of those reasons, I’m happy to see the ban on a singular “they” starting to crumble and fall. But mostly, I’m happy because I believe in writing as a way of connecting with other human beings, as a way of building communities. The singular “they” is more inclusive, and it gets us closer to that goal.