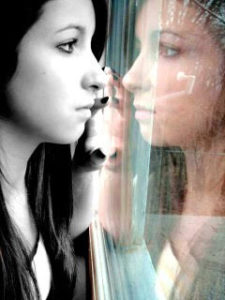 The essay, in the Antioch Review, was crammed with opinions guaranteed (maybe even intended) to offend. (It was also chock full of mistakes and logical fallacies, so many that I can’t wait to use it as an example of mistakes to avoid in my Essay & Opinion Writing classes.)

It was provocative, and it worked. People responded. They tweeted, posted, wrote and filmed. They spoke out about transphobia, civil rights, the principles of logic, censorship, the editorial process at litmags, the importance of copy editors, and the correct spelling of the names of CNN anchors. Firestorms on social media can often be a hurricane of shrieking and bile, but this one inspired, and is still inspiring, some thoughtful discussion about speech and society.

There were exceptions, of course. (I mean, c’mon. It’s the internet.) In particular there was a thin but steady trickle of comments and blog posts that said, in essence, “If you’re not transgender, don’t write about transgender issues.”

Those made me groan out loud. For every 100 people who surfed right on by those stories or posts or tweets, there were probably five who stopped, took notice, and then spiked a story of their own, maybe before they even got started.

Every so often here at Gotham, we get a call from someone who has a story they want to write, but someone has told them not to. There was a woman whose ex-husband said he’d sue her if she published a novel, any kind of novel. There was a guy who said he had quit writing a screenplay about the justice system because what did he know about being arrested? And one writer who had started and abandoned several essays because she suspected no one wanted to hear her own opinions.

Those writers are the brave ones. People tried to shut them down, but instead of quitting, they picked up the phone. But there are so many who don’t.

It’s true that if you set out to write about a life experience you haven’t had yourself, you’ve got a lot of work ahead of you. You need to research your subject in depth; you need to talk to people who’ve lived that life; you need to be ready to do lots of revision.

But that doesn’t mean your point of view doesn’t have merit. It just means you’ve got to do your homework.

It’s a tragic irony that a debate over free speech might squelch writers and some worthy potential stories. The answer to “If you’re not x, don’t write about x” is the same as the answer to that essay in the Antioch Review. The best response to offensive speech isn’t silence; it’s more speech.